This article on dynamic female leaders in the Southeast Asia real estate sector appears in the latest issue of Dot Property Magazine. Click here to read it.

Southeast Asia is a leader when it comes to women in business. This isn’t to say the situation is perfect or more work can’t be done towards gender equality. However, the region is more progressive than other parts of the world.

For example, the CS Gender 3000 report from Credit Suisse found the Philippines had the highest percentage of women in management globally. Meanwhile, Malaysia, Singapore and Thailand were all in the top ten.

Additionally, the same report found that Singapore was home to the most companies led by female CEOs. Thailand had the highest percentage of female CFOs in the world.  And these trends go beyond the boardroom. Women’s participation as business leaders isn’t simply limited to large corporations.

A 2018 study from Mastercard showed a growing number of women are becoming entrepreneurs in Southeast Asia. Research highlighted the fact Vietnam has the sixth highest percentage of women-owned businesses globally with Singapore and Thailand also ranking highly.

These numbers are promising, but more work is required to eliminate the gender and income gaps. If women were working to their full potential with equal pay and support, the global GDP would increase by USD28 trillion by 2025, according to estimates from McKinsey. While in some places this issue is portrayed as a divisive subject pitting men against women, the reality is that a world without gender equality actually hurts everyone.

Nguyen Thi Thanh Tu is truly a pioneer when it comes to real estate in Vietnam. As Chairwoman of TLM Corporation, she is at the helm of the country’s newest and most ambitious developer. The firm launched several exciting projects over the past few years, including King Bay Ecological & Integrated Township.

The strategically located development is unlike anything else currently in Vietnam. Perhaps the most unique aspect of King Bay is the feng shui phoenix terrain that is believed to bring fortune to the owners. This design allowed TLM Real Estate Group to incorporate several unique green elements into the development while catering to the preferences of local homebuyers.

It’s all part of TLM Corporation’s larger vision. Thanh Tu doesn’t simply want to be a real estate developer. She wants the company to work hard towards creating a better community, a better environment and a better place to live through sustainability and CSR outreach.

She believes it is important to achieve business development goals in parallel with contributing to social stability and development. This is done by making a positive impact that nurtures a community of sustainability and kindness.

TLM Corporation has launched several world-class projects that embrace sustainability and environmentally friendly design. But this is only part of the story. For Thanh Tu, it is vital for the developer to elevate local communities and create something everyone enjoys.

“Our relentless efforts in investing and developing high-class real estate projects, creating green eco-urban areas with modern facilities and meeting the increasing demands of customers is in line with the general real estate development trends of the world,” Thanh Tu explains. “Our mission is to also contribute to the building of businesses associated with the development of the community and to join hands to help the disadvantaged in our society.”

Leong Kit May has accomplished a lot since joining Axis REIT in 2006. She was promoted to Chief Financial Officer in 2008 while overseeing the conversion of Axis REIT into Malaysia’s first Islamic Office/Industrial REIT.

In 2011, Kit May was appointed to the Board of the Managers as an Executive Director and would eventually be named Chief Executive Officer five years later. Her journey from accountant to top job in an industry dominated by men was surprising to just about everyone, even herself.

“I never imagined myself in a male-dominated profession. I was ambitious but that’s because I wanted a better quality of life for my family and parents. I only envisaged myself being an accountant or CFO after I graduated. But I would say that my accounting qualification provided me with a financial perspective in dealing with business and charted the foundation of my experiences. One thing led to another and I am blessed to be where I am today,” Kit May told The Edge.

She has overseen a period of success and growth at Axis REIT with the company now boasting a diverse portfolio of 48 properties. Kit May has been instrumental in pivoting the REIT towards industrial and logistics real estate while also overseeing its entry into property development.

In addition to being one of the country’s most successful REIT’s, Axis also has one of Malaysia’s most diverse management teams. Women currently hold eight of ten management positions at Axis REIT.

While sustainability is driving property development today, it was a total afterthought when Esther An first joined City Developments Limited in 1995. For more than two decades, she has been championing green building and sustainability in Singapore by embracing the UN Sustainable Development Goals (SDGs).

“In the mid-1990s, sustainability and climate change were not familiar concepts to many in this part of the world. However, greater global awareness of the impact of climate change and increasing recognition of the strategic connection between sustainability and business performance has been the driving force for companies to be proactive rather than reactive in sustainable development. For instance, businesses can no longer ignore the impact of climate change risks on their bottom line,” Esther said in an interview with Green in Future.

Her efforts have not gone unnoticed. She was honored as an SDG Pioneer for Green Infrastructure and A Low Carbon Economy by the UN Global Compact in 2018. However, her true impact as Chief Sustainability Officer can be seen throughout City Developments Limited’s portfolio.

Tree House condominium in Singapore was the Guinness World Record holder for ‘Largest Vertical Garden’ upon completion in 2014. Of course, it looked cool. But more importantly, this feature cut heat absorption which significantly reduced the need for air conditioning.

Grace Rachny Fong has been a trailblazer in Cambodian real estate. She founded her own agency, was the first woman from Cambodia to receive a certificate of training from the National Realtor Association and has been recognized as an industry leader on several occasions.

She has overseen a major expansion of Century21 Cambodia which now has 38 branches across the country. Additionally, Grace currently serves as Vice President of the Cambodian Valuers And Estate Agents Association.

As one of only a handful of female real estate leaders in Cambodia, Grace is a positive role model. She has taken part in several talks aimed at encouraging more women to enter the industry. Celebrating the most luxurious developments in Southeast Asia 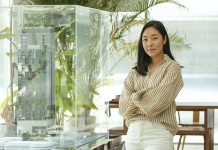 ONE.SIX Development Is Bringing A New Perspective To Thailand Real Estate Through Experience and Storytelling 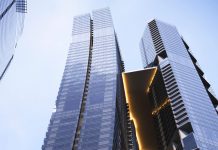 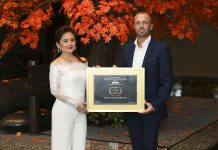 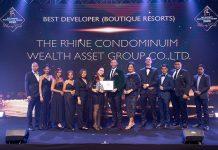